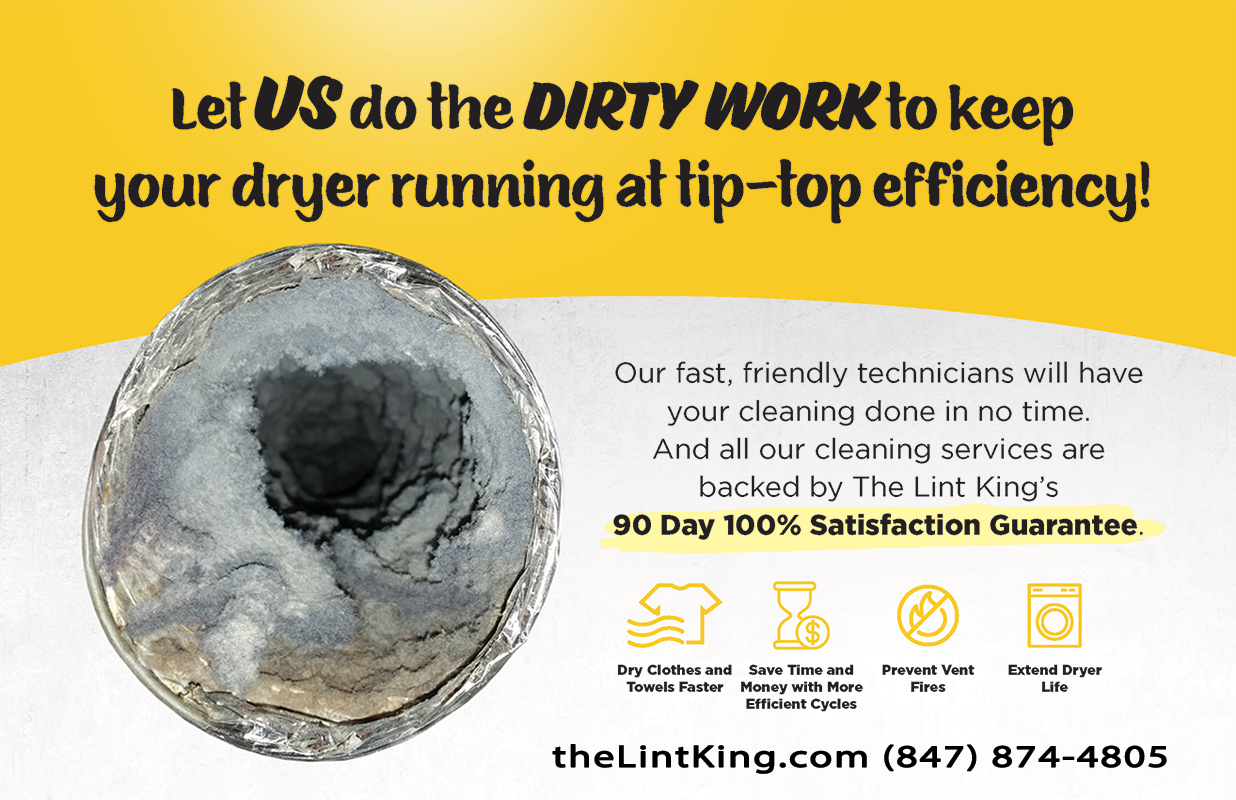 A Dryer Vent Cleanout can help even if the vent is fairly short! If so, it’s still good to have it cleaned by a professional every year. Depending on your laundry habits and the number of people and pets residing at your home.

One aspect of our clothes dryers inspection is checking the dryers’ airways… making sure they’re as clear as possible.

Did you know lint builds up in more locations than most homeowners understand? Lint is under the lint trap, the dryer vent, and the cabinet. This is more of a fire hazard than lint in the ductwork!

DIY dryer vent cleanout often fails to remove all of the lint in the vent or clean out the dryer airways. Homeowners think that leaf blowers will get the lint out. Doing so can compact the lint into corners, making it more difficult for a professional to clean out.

Frustrated homeowners often call us after attempting to clean out tier dryer ducts, only to make it 90% or so. This is because the tools won’t reach, or the homeowner is not skilled at using the dryer vent cleaning tools.